A Day in the Life – Jamie Birdsall

In this blog we will be introducing Jamie who specialises within the global General Contractor construction sector. We had the opportunity to catch up and learn more about him and his very exciting background!

I was born in Cyprus on R.A.F Akrotiri, as an only child. Being from a forces family I moved around a lot during my school years before settling between Leeds/York. I got signed for Leeds Carnegie and played for Wakefield Wildcats rugby club briefly before joining the Royal Marine Commandos when I was 20. I had 8 great years in the corps, from 2 months in the Mojave desert followed by my first lads holiday in Vegas with 400 marines, to skiing under the northern lights in the Norwegian backcountry 4 months later. I’ve been lucky enough to learn how to Skydive in California and represent Great Britain Armed Forces in the Rugby League world cup in Sydney.

Why did you choose TS Grale?

I chose TS Grale for several reasons. After being medically discharged from the corps I knew there were certain things I wanted from my new career. Mainly being able to see rewards for my efforts rather than simply for my rank or title. I was referred by a former Royal Marine and a good mate, Ellis. I trusted his word inherently as any other Marine would. I was already in another process and had an offer, but the culture here appealed to me more. When I was introduced to everyone in the team during my interview, they were all down to earth and welcoming.

What does a typical day look like for you?

I usually get up early, have a cold shower to wake myself up and a 30 minute walk in to the office. In the morning at work, I conduct searches for new candidates and complete administration tasks such as adding notes to the CRM system for ongoing processes. As I work with a lot of clients and candidates from the US I tend to schedule my calls and meetings with them for after lunch time (UK time) as they are several hours behind. I find it very exciting to talk to so many people from different countries and backgrounds, and always try my best to work around their schedules.

After work I go to the gym and cook before catching up with my mates or getting into a good book.

Have you learned anything new since you started?

I’ve learned plenty of new things since starting here! As it is completely different from anything I’ve done before in terms of the role but also the environment. Being competent as an experienced Royal Marine to a complete novice Consultant has been challenging. My I.T skills, ability to conduct searches and identify new business leads are all new to me. It feels good to challenge myself.

Advice to your younger self

I would say to not take too much notice of what people that I don’t respect say or do, and work hard to identify and spend time around people I wanted to emulate.

To view our other articles visit our News & Insights page or follow us on LinkedIn. Motherhood Tax: The Effect On Business and The Economy 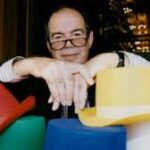 A Day in the Life: Katia Deniscuka 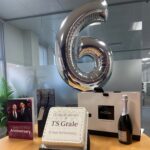 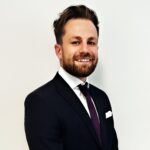 Dan Thompson: A Day in the Life