What Business Can Learn from the Departure of Arsene Wenger

On Friday 20 April, some news broke that surprised me and I suspect many sports followers – Arsene Wenger was to step down as Arsenal manager at the end of the season.

Arsene has been in post for nearly 22 years and for many, Arsene is Arsenal itself. He was the man in charge when the club won three Premier League titles and seven FA Cups, including the Double in 1998 and 2002.

According to the BBC, Wenger was the first manager “since 1888-89 to lead a team through an English top-flight season unbeaten in 2003-04.” It was his triumphs that earned a move into the £390m Emirates Stadium in 2006 after leaving Highbury, and even won his seventh FA Cup only last season, beating Chelsea 2-1 at Wembley.

The legacy of Wenger is cemented a little further given his backstory. The little-known French figure was recruited from Japanese side Nagoya Grampus Eight in 1996, which at the time this was a big gamble by Arsenal management. It was a gamble that paid off massively.

I read another BBC report this week in which Arsenal majority shareholder, Stan Kroenke, described Arsene’s announcement as “one of the most difficult days we have ever had in all our years in sport” and that his “longevity and consistency over such a sustained period at the highest level of the game will never be matched.”

Former vice-chairman David Dein has also said it felt like “a star has dropped out of the sky”and that Wenger will“undoubtedly go down in history as the greatest Arsenal manager ever.”

It’s fair to say that Arsene is the embodiment of a senior leader who is intrinsically linked with one commercial brand and institution.

When a Leader Steps Down

At age 68, Arsene announcing his plans to step down could hardly be called a shock. Yet, some figures in business appear timeless and unshakable. How can someone like that contemplate retirement?!

Arsenal, like so many other organisations in the same situation, faces the dilemma of what to do next. Should the business opt for experience or potential? Should headhunters seek to appoint an internationally-renowned figure or a coach with potential? Should they promote from within – a safer bet to hit the ground running – or should board members seek fresh talent from outside the organisation?

This issue is something with which we are regularly faced in the field of executive recruitment. How can someone who is seen as an institution ever be replaced? Or more accurately, how can such a figure be replaced effectively? 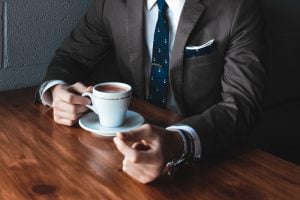 To use an interesting parallel, Manchester United faced the same problem back in 2013 when Sir Alex Ferguson stepped down as manager after a phenomenal 27 years at the helm. The club has been on a turbulent journey ever since, perpetually striving to attain the success seen under Sir Alex.

When Ferguson retired, his successor – David Moyes – was appointed in essence on Sir Alex’s recommendation. As history has shown us, this was a complete disaster. In less than a year, Moyes went, and two managers have since followed. What this shows us is that being an exceptional leader does not automatically make you a good character judge!

Making a hasty or inappropriate appointment can have a significant long-term impact with real business implications; there can be years of fallout as a result of poor planning regardless of the scale or type of industry involved. So, what can sport teach business?

Sport and business have a lot of synergies. Both operate in a results-based environment with high financial, political, and emotional stakes involved. Trust and loyalty are essential factors in both industries, especially when appointing a new leader, for employees to adopt an unfaltering belief in the direction an organisation is going. So:

So, the question is, will Arsenal learn from the mistakes of Manchester United?