How global leaders are preparing for digitisation

On 28 February, the annual Industry 4.0 Summit returned to Manchester, in spite of the Beast from the East! For me, this is a key event in the calendar.

Over two days, the Summit attracted a range of hardy representatives braving the weather, all interested in one broad subject: the future of manufacturing.

The impact of Industry 4.0 on manufacturing and the wider economy was central to discussions around Brexit, skills shortages, and new technologies.

It was the latter subject – from cyber security and the Internet of Things to mass customisation and big data – that dominated debates, a hot topic in sector research for the last few years.

Government and industry leaders such as Juergen Maier, Siemens UK CEO, were invited to support the Northern Powerhouse, and talk about everything from the implementation of robotics applications, personalised supply chains, to technology-driven disruption.

Topics such as these seem very on-point and echo what we are all seeing in the news; cutting-edge developments in technology are influencing not just manufacturing systems but business strategies globally.

The Rise of the Robot

In 2013, researchers at Oxford University estimated that 47% of US jobs would be replaced by robots, automated technology and automated intelligence (AI) within the next 20 years.

Now, just five years on, executive leaders are saying this is already happening. Notable figures to support this prediction have included Jeff Hesse at PwC, Elon Musk, and more recently, John Cryan, the CEO of Deutsche Bank. Cryan boldly stated that robots could replace half the company’s 97,000 employees!

It seems to me there has never been a better time to embrace digitisation and technology, as it certainly won’t be going away anytime soon!

The famous Charles Darwin quotation from The Origin of Species has never been more apt:
“It is not the strongest species that survive, nor the most intelligent, but the ones most responsive to change.”
Putting it bluntly, adapt or die.

I recently read a feature in Quartz where Dion Weisler, President and CEO of HP Inc., said:
“The $12 trillion global manufacturing sector is uniquely primed for disruption, as design, production, and distribution goes through a radical transformation and becomes increasingly digitized.

“Today, the production value chain accounts for more than 30% of the world’s GDP and more than 25% of global employment. Within the manufacturing industry, design and production are being democratized as advanced technologies such as 3D printing and AI become more accessible, and digitized supply chains become faster, cheaper, leaner and more sustainable.”

For Weisler, this presents vast possibilities rather than business threats. He said:

“The fourth industrial revolution is upon us. Technology, jobs, government policies, and entire economies around the world are on the edge of a massive shift.

“This presents a once-in-a-generation opportunity for global leaders to come together and embrace new digital technologies that hyper-charge their economic prospects, create new manufacturing jobs, educate the next generation of highly skilled labor, and ultimately shape the next hundred years of our planet.”

For Weisler, the strategy for facing the inevitable rise in technology is simple:

These ‘tenets of preparedness’ certainly seem to ring true for other global leaders. After the publication of the recent PwC annual CEO survey, Bob Moritz, PwC Global Chairman, commented:

“Our education systems need to arm a global workforce with the right skills to succeed.  Governments, communities, and businesses need to truly partner to match talent with opportunity, and that means pioneering new approaches to educating students and training workers in the fields that will matter in a technology-enabled job market.” 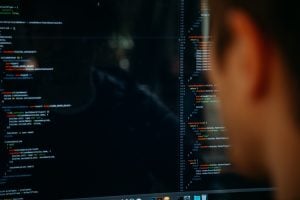 Many trailblazers are leading such a charge and adopting change proactively, including:

L’Oreal Chief Executive, Jean-Paul Agon, who has welcomed digitisation and stated a desire to stay informed and ahead of the curve with new technologies. The company has acquired a number of brands to expand its portfolio including a “smart” hairbrush and scientifically advanced cosmetics.

Siemens CEO, Joe Kaeser, is leading the organisation strategically, “marrying information technology to the process by which it designs, builds, and delivers its highly sophisticated products.”

Oracle CEO/CFO, Safra Catz, has been a prominent voice on the power of digitisation in technology and its effect on industry. She cites AI as one of the most significant developments to enhance decision making and is all for embracing change in technology in tandem with investing in people.

It’s reassuring in times of rapid change that leaders can provide a calm and measured response to questions about the future.

Many talk a lot of sense, stressing that although technology will and must replace labour intensive work, this smarter working can, in fact, bring large-scale benefits and generate an alternate type of work rather than take away job opportunities.

Looking at this objectively, it is clear that with automation and digitisation comes increased productivity with greater accuracy, speed, flexibility, and complexity than ever achieved before. However, technology cannot easily replace the intuition, creativity, emotion that people can spark.

As brilliantly put in Forbes by Daniel Newman, principal analyst of Futurum Research and CEO of Broadsuite Media Group:

“There has never been a more intense or focused need for highly skilled workers with STEM talents. The businesses that hire accordingly and who continue to use technological advancements to move their companies forward are the ones that will thrive and remain current and competitive.”

I couldn’t have put it better myself!

Is automation and digitisation directly affecting your workplace?

How are you utilising new technologies in industry?

Is this a net positive or not?

I’d love to hear your thoughts…

It is always important for a business to keep with the times if not ahead of them.

We focus on making a business the best it can be.