What the Plastics industry tells us about CSR

From pollution and carbon footprint to a potential UK ban on single-use products like drinking straws, media coverage of the plastics industry has had intense of late.

Earlier this year, I even read a report on CNN Money that the World Economic Forum was warning that there could be more plastic than fish in terms of weight in the world’s oceans by 2050.

Rather than be a warning of the demise of plastics, issues such as these have inspired the best in business to be mindful of new ways to diversify and expand, just like the print industry before them.

Our clients in plastics manufacturing are telling us that alternative processes, reusable packaging, and new product development (NPD) are being explored to keep pace with competitors and consumer demands. More than ever before, social accountability is vital to the success or failure of businesses.

On a global scale, Corporate Social Responsibility (CSR) is big business, and some of the largest brands in industry are showing others how it should be done.

Today, 75 per cent of all Nike shoes and apparel, for example, now contain some recycled material.According to their latest Sustainable Business Report, Nike has a 30-year commitment to holistic sustainability.

Yarn, soles, and basketball courts are apparently some of the products that are being created by transforming plastic bottles, manufacturing scraps, and used product into new materials. 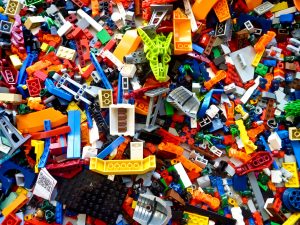 Earlier this year, LEGO also announced it intends to build its products entirely from plant-based or recycled materials by 2030.Its first line of sustainable bricks (made from sugarcane-derived polyethylene) will be released this year.

The LEGO group joined the Bioplastic Feedstock Alliance (BFA) in 2016, an organisation that works with manufacturers such as Unilever, Coca-Cola, and Nestlé, to responsibly source bioplastics.

According to the British Plastics Federation, there are approximately 7,400 plastics firms in the UK with an industry turnover of £17 billion. A recent story from one of our own clients, Coral Products PLC, was that the Merseyside plastic-parts supplier was investing in propylene recycling.

This manufacturer of extruded and blow-moulded products is already supplying plastic recycling and rubbish bins to a large number of the UK’s 418 principle city councils.

After investing in new machinery, the company is now able to supply boxes, bins and caddies and, when they are no longer fit for purpose, they can collect them from junkyards at no cost, pay the council an amount per tonne, and recycle the discarded plastics back into curbside bins and boxes.

The firm has responded to the lack of propylene recycling operations in the UK with an innovative and sustainable approach to tackle the problem.

For businesses like this to diversify, survive, and thrive, it takes the right kind of leader and experience to pivot a company in an entirely new direction.

We’re proud to say that the new CEO at Coral Products, Mick Wood, was placed by the executive and leadership search team at TS Grale. 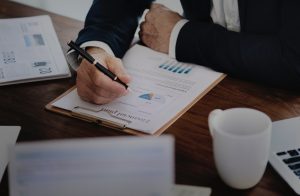 Mick and his executive team realised the economic, social, and environmental impact that their work could have in the long term. As reported in Plastics News Europe, Mick said:

“For PP [propylene], I want to the be the first to the market with it and show that a little company can take all those products, recycle them and put them back onto the market […] It doesn’t sound like rocket science, but I think it actually might be, when it comes to companies which are much bigger than us.”

There are lots of compelling reasons to get behind CSR: an ethical responsibility, a sense of community and identity, to attract a new generation of staff, future-proof your workforce, and to increase productivity and profit.

At TS Grale, we are fully committed to CSR and supporting firms who hold firm the same values in social accountability. If you would like to talk to us about finding the right candidate to make a transformative impact on your business, we’d love to hear from you.

Jason Saunders
Previous Post
How do you become an MD in Manufacturing?
Next Post
Interview with our new consultant Brendan Hayden