What Brexit means for UK manufacturing

What Brexit means for UK manufacturing 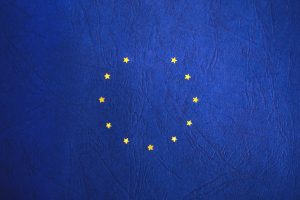 Following a vote in 2016 that divided a nation, Britain’s exit from the European Union still remains a hotly debated and somewhat uncertain topic. As the March 2019 deadline fast approaches, businesses across Europe have begun to prepare not only for the departure of the UK from the EU, but for the possibility that this may happen under a no-deal scenario. The manufacturing sector has already begun to experience what may lie ahead as Brexit-related uncertainties mount.

The impact of Brexit on UK manufacturing so far

If there’s one thing that industries and markets dislike, it’s uncertainty. And with Brexit on the horizon, UK manufacturing is beginning to feel the repercussions of that uncertainty. As European customers are becoming increasingly reluctant to source components from the UK, fearing the failure of supply chains should a no-deal Brexit happen, British manufacturing output hit a two-year low in October that was far short of performance forecasts. UK car manufacturing took a hit, falling by 9.8%; while this can’t be entirely attributed to Brexit uncertainty, it has played a significant role.

There are fears that for British manufacturing, this is only the beginning; more than one in five manufacturing firms are planning to reduce their headcount, or have already begun doing so, and are reining in their future investment plans in preparation for what may be to come. Just one third of British manufacturers said they intended to increase their investment in plant and machinery, and organisations are already claiming to have lost business (in some cases, quite a significant amount) directly as a result of Brexit as their export sales fall. In an industry that is already struggling to find employees with the right technical skills, there are concerns that once Britain has left the EU, this skills crunch will worsen as manufacturers are already reporting a drop in EU citizens applying for roles.

The impact on European manufacturing

While the spotlight may have been on Britain as the Brexit deadline fast approaches, the impact of Brexit on the manufacturing industry extends far beyond the UK. The impact of a no-deal Brexit going ahead, along with Trump’s planned imposition of tariffs in the US on car imports, would have a significant impact on the automotive manufacturing industry in Germany whose two largest export markets would suddenly levy import tax. With German car manufacturers Mercedes, Audi and BMW all investing billions in manufacturing plants in Hungary, a slump in the automotive industry is sure to be felt here too.

In France, confidence among the manufacturing sector has dropped to a two-year low as the French Government has warned businesses to prepare for the impact of a no-deal Brexit. The estimated loss to the Dutch economy by the year 2030 as a result of Brexit is around 10 billion euros. 8.8% of goods exports from Belgium are to the UK, amounting to almost 32 billion euros. With such strong trade links between Britain and numerous European countries, it’s clear to see that the repercussions of Brexit will reach far beyond the UK.

Is it all about Brexit?

While Brexit uncertainties are clearly having an impact on the manufacturing sector across Europe, it’s safe to say that Brexit certainly isn’t the only factor affecting the industry in the UK. The changing landscape of the manufacturing industry has brought a new focus on integrating technology and automation that could also be impacting investment and headcount decisions. When it comes to automation, the UK is already far behind the other big global players.

The UK also has a startlingly low number of women in STEM roles despite studies indicating the sector growth will require double the number of employees it currently has by 2023, so a skills shortage in British manufacturing is probably less about the availability of EU employees and more about the industry struggling to attract, train and retain home-grown talent as a foundation on which to build.

83% of UK manufacturers are already preparing for a no-deal Brexit. As businesses are reviewing cost and innovation to secure their future, British departure from the EU could be the catalyst the sector desperately needs to up its game in automation and AI in a bid to compete better on a global scale. Outputs need to be scalable and more consistent, as well as reducing production costs. It’s time for British manufacturers to really embrace the forward movement into Industry 4.0 and make the Smart Factory a reality.

Just under half of UK goods exports are to the EU, but since 2000 this figure has been in decline, so the UK has seen an increase in the proportion of its exports going to the rest of the world even before Brexit was on the table. Brexit will bring the opportunity not only for EU trade deals to be renegotiated, but for new trade agreements to develop outside the EU. The UK’s advanced and high-tech products and components are in demand in the Asian and African markets, and a vast opportunity that is yet to be fully utilised.

Jason Saunders
Previous Post
You don’t need to survive a leadership change
Next Post
Industry 4.0: the smart factory and the future of manufacturing 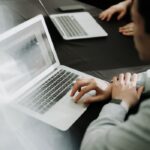 Research reveals how to manufacture a world class leader 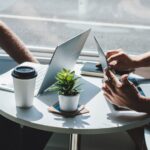 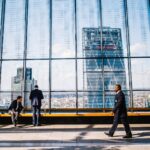 How Is Covid19 Affecting People Wanting To Lead? 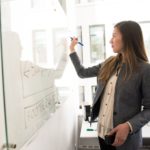