On Reflection: The UK General Election 2017

In the lead-up to June 8 this year, there is perhaps only one phrase that could have prepared the nation for what was to come next: expect the unexpected. After failing to win a majority, Theresa May has sparked controversy amongst both individual voters and across industries as a whole. Now, following her decision to make a deal with Northern Ireland’s Democratic Unionist Party, TS Grale has taken a look into the effects this could have on the UK Manufacturing industry.

Confidence within the industry

When we look at the GDP in the first quarter of 2017 compared to the final quarter of 2016, we can see a gradual but positive upward trend for UK Manufacturing, rising from a value of 104.5 in Q4 2016 to 104.9 in Q1 2017. After an initial dip in Q3 2016 following the outcome of the Brexit vote, we are now beginning to see confidence increasing as uncertainty subsides.

Indeed, many industry voices are now arguing that Mrs May’s “weakened” position may result in a “softer” Brexit, which could in turn benefit the UK Manufacturing industry. The timing of the negotiations is dividing opinion; The Institute of Directors, for example, are of the belief that delaying them will weaken the UK’s position, while Business Secretary Greg Clark wishes to re-evaluate the situation. TS Grale however is in accordance with the view that we should proceed with Brexit negotiations swiftly to guarantee the best deal, all the while making the most of the weakened pound and increased exports.

Following the Brexit vote, the UK automotive sector benefited considerably from the weakened pound and a 9% increase in prices year on year, leading to a 17-year high in production in April. However, leading figures in the automotive industry, including SMMT CEO Mike Hawes, are understandably concerned about post-election uncertainty. He said: “We need to make sure we have no tariffs, no barriers, and no additional customs checks, all of which will add cost to the industry.”

Similarly, the aerospace industry has warned against a “hard” Brexit. Trade body ADS announced an 8% increase in turnover year on year with the UK’s combined aerospace companies, placing Britain second only to the United States. However, with 90% of demand coming from overseas, a bad Brexit deal could have devastating effects on the sector. ADS Chief Executive Paul Everitt warned that the industry “works on a fairly long term cycle”, with an incremental effect to be felt over the next 10-15 years.

In the chemicals sector, again, the Brexit vote resulted in increased outputs, with fragrance company Treatt reporting increases in production with new brewing centres. Similarly, Croydon-based Zotefoam reported a 7% increase in revenue last year. While many industries have expressed concerns about WTO-based tariffs making exporting more expensive, leading analysts advise that the tariff on the chemicals industry would “only be about 2%”.

Concerns over employment appear to divide opinion in the wake of the election results. The EEF, for example, is demanding the government rethink its “hard” Brexit stance to “save sector jobs”, while in the run-up to June 8, Duncan Brock, Director of Customer Relationships at CIPS, claimed that Manufacturing was “storming ahead, unfazed by the looming election”. He continued: “To meet these demands, employment levels grew at their fastest levels since June 2014, which is good news for jobseekers, though the question mark over a continuing skills shortage in the UK will continue along the path to Brexit and the years ahead.”

Job vacancies for UK Manufacturing have been steadily progressing since the historic dip in 2009, and between March and May 2017 there were 53,000 vacancies, up 7,000 since before the Brexit vote. However, the skills shortage remains an inconvenient truth – and the new deal with the DUP could encumber some of the Conservative Manifesto’s proposed measures to combat these shortages. The DUP Manifesto cites no figures when discussing its long-term plan for Manufacturing, whereas the Conservative Party have made promises such as replacing 13,000 technical qualifications with ‘T’ levels.

As far as movement of executive talent is concerned, the results of the forthcoming Brexit negotiations remain to be seen. Mrs May’s failure to win a majority has resulted in growing uncertainty across all UK industries, with reports as far back as February warning that a third of UK Manufacturing firms would consider moving some operations out of the UK post-Brexit.

As the dust settles in light of the UK General Election result, there have been highs and lows for the UK Manufacturing industry as a whole. While TS Grale would like to see the best outcome for UK Manufacturing, including investments in preventing skills shortages, it appears that Brexit is the primary concern for many UK Manufacturing sectors. At the time of writing, we have less than two years to pursue a “soft” or “hard Brexit” – whether or not the final outcome will be in the industry’s favour remains to be seen. 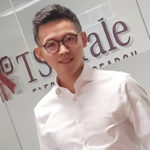