Leeds based recruitment specialist TS Grale, which has just celebrated its third anniversary, is on target to grow turnover to more than £2million this year and will create 18 new jobs over the next 24 months, after winning several prestigious contracts in North America and expanding the sectors it recruits in.

TS Grale was founded by Jason Saunders and Paul Fleming in April 2016. The pair had spent a combined total of more than 40 years providing executive search services to the industrial, manufacturing and engineered products sectors.

In addition to success in the industrial, manufacturing and engineered products sectors, the company quickly expanded and now recruits talent across a wide range of other industries, spanning all areas of construction and the built environment, consumer sectors including food and drink, packaging and non-food FMCG. It currently employs a 12-strong team and plans to expand to 30 people by summer 2021.

From its offices on King Street in Leeds city centre, TS Grale has attracted a global client base spanning the UK, Germany, Denmark, Sweden, Russia, USA and Canada. The company has recently secured retained contracts with several North American companies, which will see it identify and assess talent for VP of Sales and Infrastructure roles. In addition, TS Grale has recently won projects with tier-one automotive and aerospace suppliers to identify Managing Directors for UK and European subsidiary businesses.

Jason Saunders said: “We’ve enjoyed an incredible three years. When we started, our vision was to create an executive recruitment business that delivered tailored leadership assessment across the manufacturing and industrial industries. There was a clear gap in the market for a quality operator specialising in middle and executive management levels, which is an area that had failed to innovate and felt laboured.

“Clients immediately recognised the benefits of our approach and we’ve now successfully expanded into many other sectors and built a high-quality team of specialists who are all experts in the industries they recruit for and operate throughout Europe, as well as being particularly successful in the US.

“We’re now planning to expand further and are keen to attract new talent into our business, as we look to strengthen our position across several sectors, on a global level, as well as developing and promoting our existing team, which will make for another exciting year.”

Paul Fleming
Previous Post
Expansion and Investment in 2019
Next Post
Gender Equality: why more women on the board makes business sense 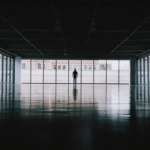 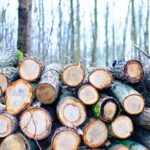 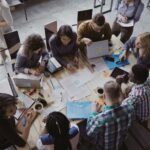